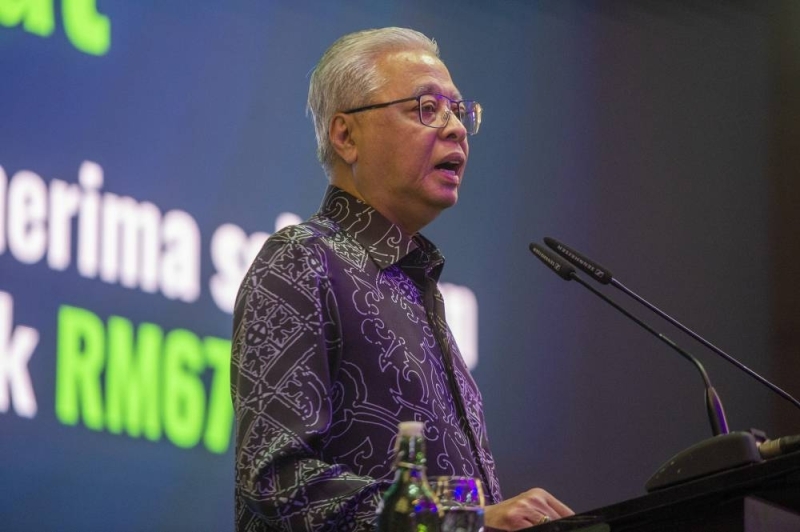 PUTRAJAYA, Oct 6 — Prime Minister Datuk Seri Ismail Sabri Yaakob said matters related to the dissolution of Parliament will be discussed during his audience with the Yang di-Pertuan Agong at Istana Negara later today only if time permits.

He said his audience with Al-Sultan Abdullah Ri'ayatuddin Al-Mustafa Billah Shah scheduled for 4pm is a weekly routine to discuss Cabinet matters prior to the Cabinet meeting.

“Not really sure if we will discuss it (dissolution of Parliament) or not.

“If the discussion on Cabinet matters takes too much time or runs until Maghrib prayer, there will be no time to discuss other agenda,” he said when met after checking out the final preparations for Budget 2023 at the Ministry of Finance here today.

Nevertheless, the prime minister said the meeting is expected to last longer than usual today as there are many issues that he needs to explain to His Majesty.

On the protest by Perikatan Nasional (PN) ministers against the dissolution of Parliament and having the 15th General Election (GE15) this year, Ismail Sabri said they have the right to their own opinions but it is the King who has the absolute power to decide on the matter.

He said under Article 40(2)(b) of the Federal Constitution, the Yang di-Pertuan Agong may act in his discretion in the withholding of consent to a request for the dissolution of Parliament.

“So, everyone has the right to give his or her opinion, including the prime minister, but it is the King who has the final say,” he said.

It was reported that 12 of Ismail Sabri’s Cabinet members from Bersatu and PAS disagreed to have the GE15 this year amid the flood season and had written a letter dated October 3 to the Yang di-Pertuan Agong to express their stance. — Bernama