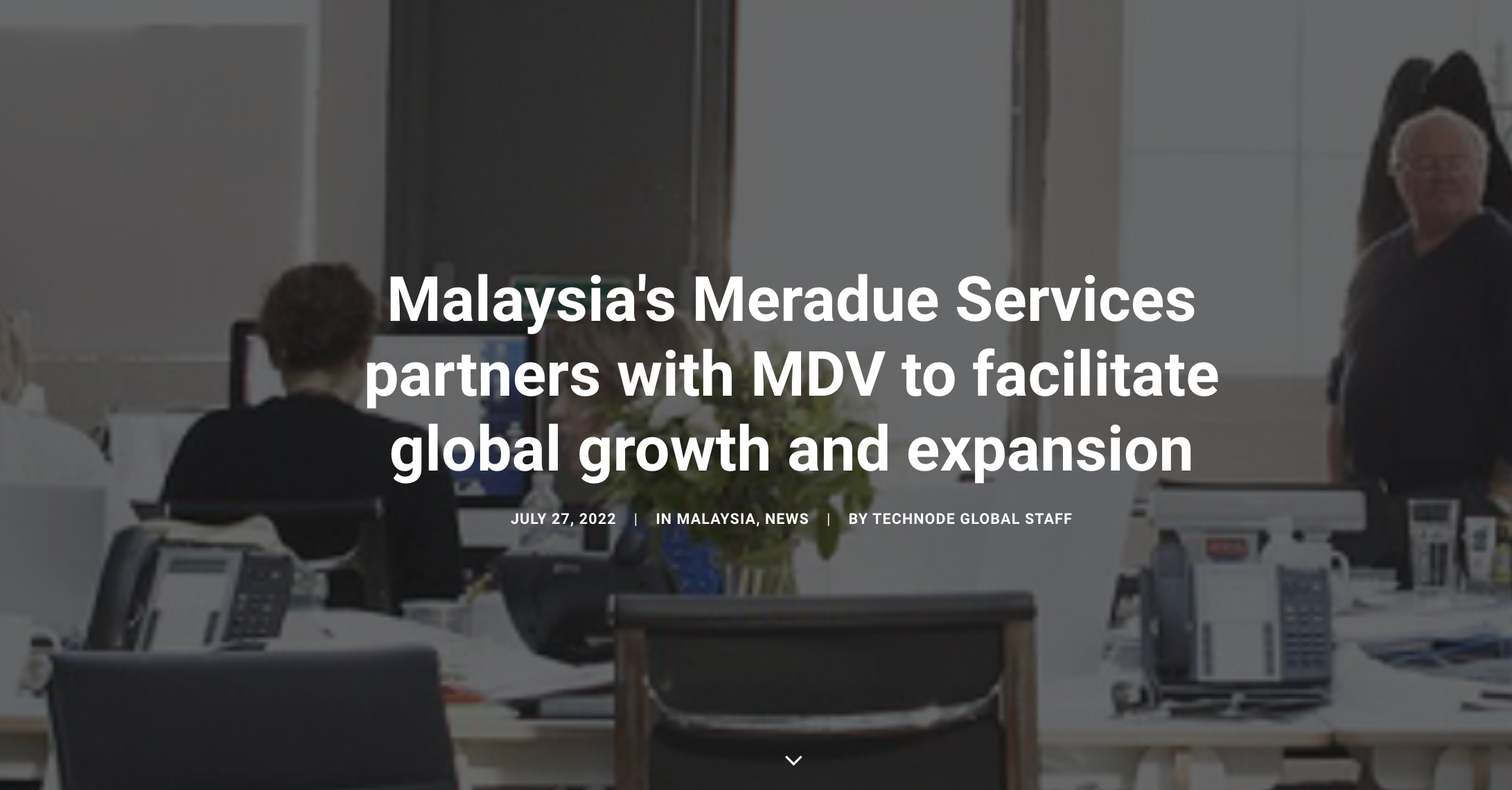 Meraque Services Sdn Bhd (Meraque), a Malaysian drone tech company, announced Wednesday that the company is partnering with Malaysia Debt Ventures Berhad (MDV), a subsidiary of the Minister of Finance (Incorporated) and an agency under the purview of the Ministry of Science, Technology and Innovation (MOSTI), to facilitate global growth and expansion.

Meraque said in a statement that the move is to facilitate the growth of Meraque’s operations and expansion in Malaysia and the ASEAN region, with a key focus on the agriculture, plantation, infrastructure and telecommunication sector, through MDV’s specialised financing facility.

Meraque Chief Executive Officer Razalee Ismail said the potential financing from MDV will be instrumental in Meraque’s effort to increase its drone production to at least 100 drones a year, scaling its operations globally and tripling its revenue in the next three years.

Cited a recent study by Malaysian Research Accelerator for Technology & Innovation (MRANTI), it said the Malaysian drone economy is expected to contribute MYR50 billion ($11.21 billion) to the gross domestic product and create 100,000 job opportunities by 2030.

“Meraque had developed the first Malaysian Hybrid Spraying Drone in 2020 for the purpose of spraying pesticides and fertilisers at local plantation fields. Currently, Meraque controls the largest market share for drone spraying services in Malaysia and we are looking to train and hire at least 500 local talents by the end of 2023 to meet the growing demand of the palm oil plantation sector as well as other large agriculture lands such as durian, rubber, coconut, paddy field and pineapple,

“Financing from a tech financier such as MDV is crucial to ensure that we are able to achieve our targets as planned,” Razalee added.

According to the statement, the palm oil plantation sector faces key challenges in terms of labour shortages and a dip in yield and innovative technology such as drones, robotics and automation have been used by the industry as tools to assist manual labour and increased yield by enabling operations and processes to be done faster, safer and more cost effective.

“With the support of MDV, we will be able to expand our operations especially in the palm oil plantation in Malaysia while enabling our local partners to utilise technology in their operations and provide economic opportunities for communities in the rural areas,” said Razalee.

Meraque is a digital transformation and technology company which has pivoted from a conventional facilities management company to become one of the fastest-growing drone technology services companies. Its current technologies are focusing on its hybrid drone in the agriculture sector, enterprise software and hardware solutions for palm plantation management, telco infrastructure inspection and commercial drone delivery solutions.

MDV Chief Exeucutive Officer Nizam Mohamed Nadzri, meanwhile, said that as an agency under MOSTI, MDV is committed to supporting the government’s efforts in growing the tech start-up ecosystem holistically and sustainably by ensuring that start-ups funding capacity will be continuously enhanced particularly during the post-pandemic recovery period.

As such, he said MDV is consistently working to increase its financing support for high potential technology start-ups such as Meraque to ensure their growth and enabling them to reach their maximum potential.

“As a technology financier, MDV possesses the capacity to support and understand the financing requirements of technology companies, hence we are pleased to explore potential partnership with Meraque to facilitate their expansion journey further,” he said.

Established in 2002, MDV is a government agency with the objective of providing flexible and innovative financing to develop high-impact and technology-driven sectors of the economy, identified and prioritised by Malaysian government as future engines of growth.

MDV’s strategic role in the technology financing ecosystem in Malaysia is defined by its approach to funding which is different from other financial institutions. Its niche is helping to fund young technology-based companies or start-ups that are unable to secure financing from commercial financial institutions due to their novel business model, lack of proven operating track record and lack of collaterals.