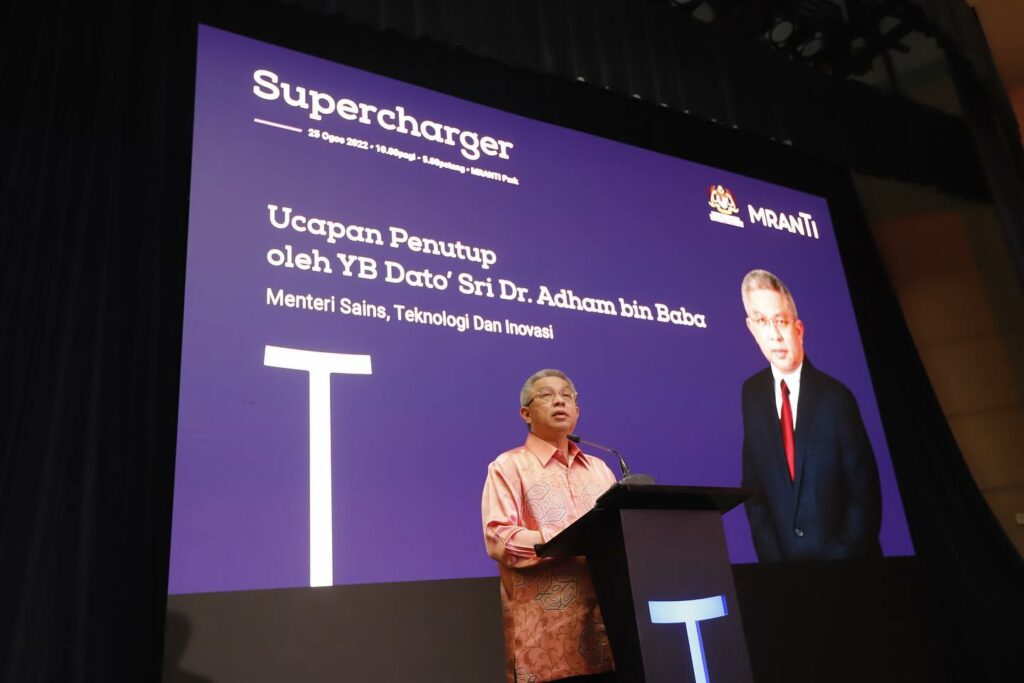 Malaysia’s Ministry of Science, Technology and Innovation (MOSTI) will review the constraints and needs of local players in the ecosystem of research and development (R&D) as well as commercialization and innovation (C&I), its minister said on Thursday.

Dr Adham Baba said MOSTI would also identify measures that need to be taken to speed up the development of intellectual property and technology so as to accelerate commercialization.

“MOSTI is committed to providing appropriate support and assistance through agencies under it to commercialize research so that it doesn’t stop at just institutions of higher learning (IPT),” he was quoted as saying by the national news agency Bernama.

“But to realise this, researchers need to translate research into experimental development and proof of concept for community use so as to create a bigger impact,” he said at the closing ceremony of the Supercharger Series: Supercharging Your Commercialisation Potential.

Dr Adham said that through the Supercharger Series, the Malaysia Research Accelerator for Technology and Innovation (MRANTI) had helped speed up the commercialization of R&D and connect researchers with industries as well as the innovation ecosystem.

The four problems currently faced by researchers include funding, talent, regulations and policies that need to be coordinated and penetration for the commercialization of the respective products, he noted, adding that there is room for improvement.

Dr Adham also announced the collaboration of MRANTI with five IPTs for the Supercharger Series to bring the best 50 intellectual properties of spin-off companies to the path of commercialization.

Through this collaboration, he said MOSTI hoped that the innovators and researchers could achieve the best study and research results.