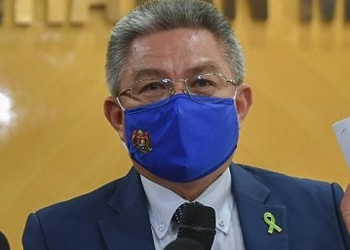 PETALING JAYA (June 22): Malaysia is  focusing on creating smart cities based on the trend of increasing population in the urban areas.

“According to the Second National Urbanisation Policy report, Malaysia’s urban population is expected to increase from 20.29 million in 2010 to 27.3 million by 2025.

“It is estimated that over 70% of the country’s population live in the urban areas,” he said in his speech when launching the sustainable smart city sandbox pioneer programme between National Technology and Innovation Sandbox (NTIS) and Sunway Innovation Labs (iLabs) here on Tuesday (June 21).

Dr Adham said that having smart cities in this country would enable the use of technology developed by local talents through the initiatives of the Ministry of Science, Technology and Innovation (MOSTI) such as the NTIS to assist the authorities in tackling urbanisation issues and raise the quality of life.

At the ceremony, MOSTI through an agency under the Malaysia Research Accelerator for Technology and Innovation (MRANTI) also signed a memorandum of understanding (MoU) with Sunway Innovation Labs for the smart city sandbox through NTIS.

The NTIS is a platform to accelerate the process of changing the country as a user of technology to producer.

Through this collaboration, the innovations developed by start-up company, Sunway iLabs Super Accelerator, could be channelled to NTIS for testing in an actual urban setting developed by Sunway and for monitoring and sponsorship before taking the technological solutions to the market and implemented across the  country.

Dr Adham said among the benefits of the sustainable smart city sandbox pioneer programme would be achieving Malaysia’s commitment to becoming a carbon neutral nation towards zero carbon emissions by 2050 and make Malaysia a greener country, in line with the United Nations Sustainable Development Goals.

Besides that, the Sunway urbanisation action plan can be adapted nationwide for the safety, comfort, well-being and improving the quality of life of the residents, while also protecting and conserving the environment.