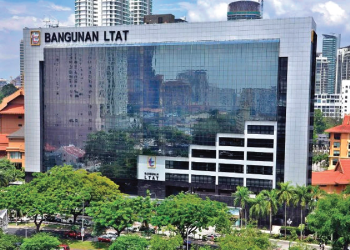 LEMBAGA Tabung Angkatan Tentera (LTAT) is seeking a joint-venture (JV) partner to help develop 64.5 acres in Bukit Jalil, Kuala Lumpur, as part of its efforts to ensure sustainable returns to its contributors. More than 50 reputable property developers have been invited to submit their proposals for the land, which is located near Pavilion Bukit Jalil. LTAT hopes to ink a deal in the second half of the year.

The Bukit Jalil land is the second in recent months for which the armed forces fund is seeking a project partner. In December, The Edge reported that LTAT was exploring the development of the sizeable and well-located Batu Cantonment army camp in Jalan Ipoh, Kuala Lumpur.

“LTAT confirms that we are seeking a JV partner to jointly develop four parcels of land measuring [a combined] 64.5 acres in Bukit Jalil, of which 53.8 acres are suitable for residential use and 10.7 acres for commercial land use. The current exercise is part of LTAT’s effort to determine and execute the best use of land within our real estate portfolio to deliver sustainable returns to our contributors,” LTAT tells The Edge.

The Edge has sighted documents that show that the land parcels are not all connected. The 53.8 acres comprise two small plots measuring 3.47 acres and 3.94 acres as well as a much larger parcel of 46.38 acres (see map).

Both the largest and commercial parcels are located less than 2km from Pavilion Bukit Jalil. It is learnt that the lease on the land expires in 2095.

“LTAT will jointly develop the land with a reputable and credible property developer. Rahim & Co was appointed in November to conduct the tender exercise, of which invitations to over 50 property players to participate in the tender exercise were sent in December last year. The tender will be closed by the end of February this year,” LTAT says.

In 2016, Boustead Holdings Bhd entered into a sale and purchase agreement with LTAT to buy the 10.7-acre commercial land in Bukit Jalil for RM172.78 million. At the time, the plan was for a mixed-use development, with an estimated gross development value of RM333 million, on the site. It had planned to feature 70 shopoffices and a retail centre with a dedicated car park area. LTAT owned 59.42% of Boustead as at May 3, 2021.

In July 2019, however, Boustead announced to Bursa Malaysia that the parties had mutually agreed to abort the deal. Boustead’s debt at the time had ballooned to RM7 billion.

Subsequently, in May 2020, LTAT said it was considering taking Boustead private but stressed that there was no certainty that the deal would proceed. In February 2021, LTAT announced it was aborting the privatisation plan.

An industry player who declined to be named says the LTAT parcel in Bukit Jalil is about 1km from Pavilion Bukit Jalil, which is a big plus point. He believes the residential land, if sold as bungalow land, could fetch as much as RM120 psf. Built as a high-rise, however, it could fetch more. “It would depend on the allowable density of the development. The positive aspect of this parcel is the proximity to Pavilion Bukit Jalil,” he adds.

“Since 1998, Bukit Jalil has grown into an increasingly affluent urban residential locality with recreational facilities such as the sports stadium and the Bukit Jalil recreational park as well as crowd-pulling shopping amenities, especially with the opening of Pavilion Bukit Jalil recently,” Adzman says.

“With all these attributes and surrounded by established housing schemes, the population is set to grow further, driving future demand for properties.

“Land bank in the locality should also be sought after for future development. The future plan for the 315-acre Phase 3 development of Technology Park Malaysia will provide employment, which in turn will draw the population to take up new residential developments in the locality.”

According to Adzman, it could take four to five years for the existing and nearing-completion housing to be absorbed.

As for the 280-acre Batu Cantonment army camp site, LTAT informed The Edge in December that it was too premature to comment on details of the plans for the property. The Edge’s article at the time was based on information that LTAT had reached out to real estate consultants to submit a request for proposal as part of the planned development and that the suitable JV partner would be issued an offer letter.

As with the Bukit Jalil parcel, there were plans for Boustead to buy the Batu Cantonment tract in 2011 for the development of a RM8 billion project. At the time, it was reported that the site would be ideal for a mixed-use development. However, nothing materialised.

Land owned by LTAT that has been developed — incidentally, by Boustead — into a mixed-use development include Mutiara Damansara, where commercial buildings such as The Curve and IPC are located. Boustead had also acquired land from LTAT for the Jalan Cochrane project, where the MyTOWN mall is located.

The former Sungai Besi Royal Malaysian Air Force base of 486 acres was also identified for the development of the Bandar Malaysia project, which has yet to take off.