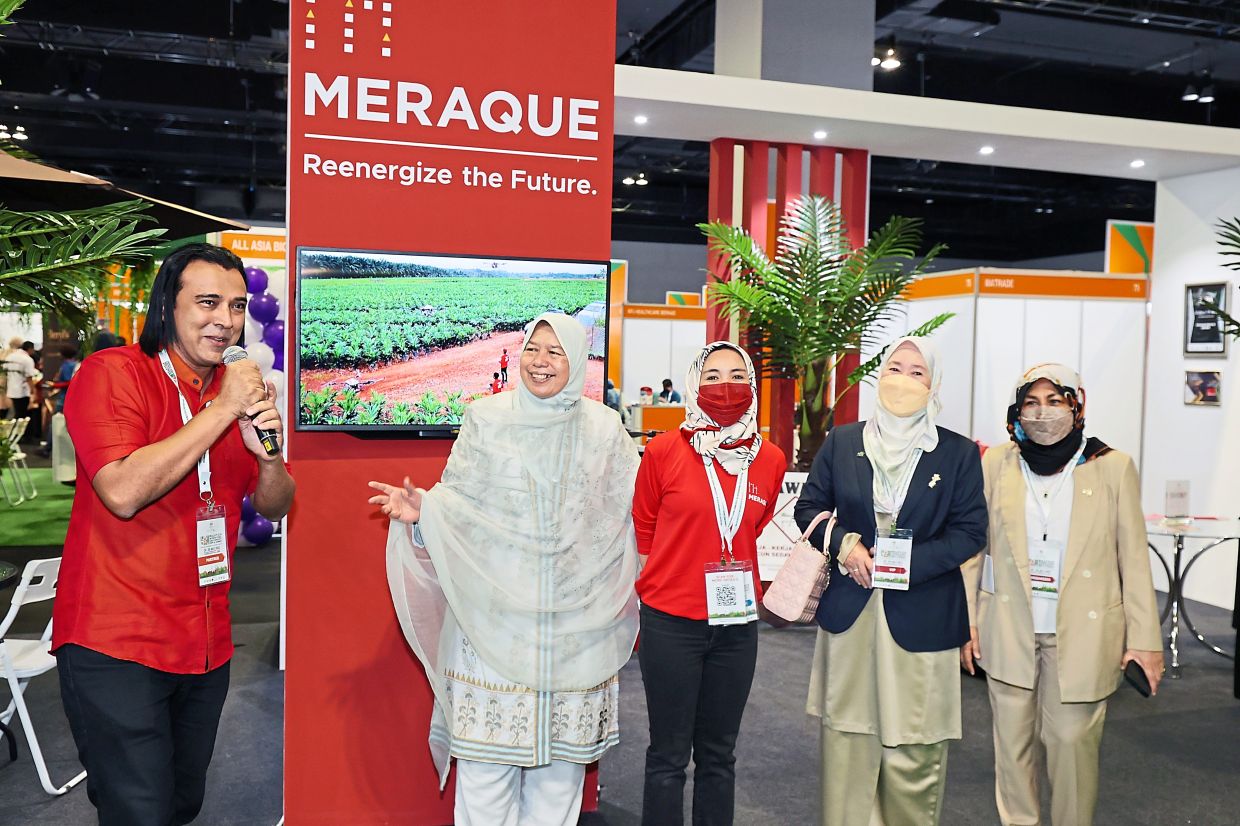 PETALING JAYA: Drone technology company Meraque Services Sdn Bhd is aiming to position itself at the forefront of the burgeoning Malaysian smart-farming industry, which is expected to grow to RM60.4bil by 2023.

Thus, innovative technologies such as drones, robotics and automation are being utilised by the agriculture sector as tools to assist manual labour and increase yields by enabling operations and processes to be done faster, safer and more cost effectively.

According to a recent study by Malaysian Research Accelerator for Technology and Innovation, the local drone economy is expected to contribute RM50bil to gross domestic product (GDP) and create 100,000 job opportunities by 2030.

Meraque has come a long way from its humble beginnings, as a facilities and property management company covering workplace management, building and maintenance services, and asset solutions in 2017.

The company decided to pivot its approach as a high-tech company in 2019.

As the world’s population is expected to grow to 10 billion by 2050, it places pressure on society to innovate a sustainable way of living with depleting resources, which can be achieved through the use of technology.

Company chief executive officer Md Razalee Ismail said their vision is to continue pushing the boundaries of technology in solving business and social challenges towards a high-income and high-tech nation, for a better quality of life by 2025, which is in line with the 12th Malaysia Plan.

“The heart of our vision is to deliver positive transformational solutions through the adoption of technology and adherence to sustainable practices,” he said.

He added that although the drones utilise a combination of batteries and fuel, Meraque has set about ensuring that fuel utilisation is not prominent and only there to maximise the process.

Moreover, through its solutions, the company also creates new job opportunities for the youth when it comes to digital technology, thus empowering them with the latest skills and knowledge.

This allows the drone to spray up to 1.5 ha per day, twice as fast as compared to using human labour, said Razalee.

The drones are powered by batteries to run the motors, while fuel is used to generate power for the batteries.

Razalee said: “With a high-powered computing module as the brain, it is able to navigate its way autonomously.

“In addition to manoeuvering easily between plants, it could analyse its surroundings and make decisions to fertilise the plant by using high-precision location points to set a boundary.”

The company is carrying out this project in phases, with phase one covering the AGV navigation spray system in a complex environment, such as oil palm plantations.

During this phase, data will be collected and analysed to create a pattern tree and AI learning.

That said, Razalee noted that the company also faces its share of challenges.

“Among the challenges we’re facing is the technological complexity of our machines, since they involve complex mechanisms, electronic systems and software, which require highly skilled operators and engineers,” he said

Another challenge it faces is the strict regulations for flying commercial drones in Malaysia, as well as the trade barriers for the import and export of equipment that has to comply with the country’s regulations and guidelines. Key focus

In late July, Meraque announced a partnership with Malaysia Debt Ventures Bhd (MDV), a subsidiary of the Minister of Finance (Inc) and an agency under the purview of the Science, Technology and Innovation Ministry.

The partnership seeks to facilitate the growth of Meraque’s operations and expansion in Malaysia and the Asean region, with a key focus on agriculture (plantation), infrastructure and telecommunication sectors, through MDV’s specialised financing facility.